A year ago, I talked about JPEG XL at ImageCon 2019. It’s time for an update.

JPEG XL is a next-generation image codec currently being standardized by the JPEG Committee. Based on Google’s PIK codec and Cloudinary’s Free Universal Image Format (FUIF) codec, JPEG XL has created a sum that’s greater than the parts by leveraging the best elements of Google PIK and FUIF:

The key features of JPEG XL are described in a recent white paper published by the JPEG Committee.

This section highlights the important features that distinguish JPEG XL from other state-of-the-art image codecs like HEIC and AVIF.

Although they can never make guarantees (patent trolls can always suddenly wake up), the contributors who created JPEG XL have agreed to license the reference implementation under the Apache 2.0 license. That means that, besides being Free and Open Source Software (FOSS), JPEG XL also comes with a royalty-free patent grant.

That’s not at all the case for the High Efficiency Image File Format (HEIC), which is based on the HEIF container, on which Nokia claims patents; and the High Efficiency Video Coding (HEVC) codec, which is a complete patent mess. For the AV1 Image File Format (AVIF), the patent situation looks better since it’s based on AV1, and being royalty free was a major goal of the Alliance for Open Media, which created AV1. It is not clear, though, to what extent AV1 is actually royalty free. Moreover, AVIF is based on the HEIF container so Nokia patents might apply as well.

You can transcode existing JPEG files effectively and reversibly to JPEG XL without any additional loss. Not so for previous attempts at creating “next-generation” image formats, such as JPEG 2000, JPEG XR, WebP, and now HEIC and AVIF. Transcoding to one of those other formats requires decoding the JPEG image to pixels and then re-encoding those pixels with the other format—an irreversible process that leads to generation loss.

To me, legacy friendliness is an important feature that facilitates a smooth transition from JPEG to a successor format without requiring a transition period in which two versions of every image—the old JPEG file and the new “successor-format” file—must be stored to satisfy the long tail of users who haven’t upgraded yet. Such a requirement completely defeats the purpose of improved image compression.

Especially for web delivery, it would be desirable to avoid having to store and serve multiple variants of the same image according to the viewer’s viewport width. Equally desirable is an option to progressively decode images, showing a low-quality image placeholder when only a few hundred bytes have arrived and adding more detail as the rest of the data shows up. JPEG XL ably supports both nice-to-haves.

As a rule, image formats that are based on video codecs do not support those two worthwhile features because the concept doesn’t make much sense for a single video frame. WebP (based on VP8), HEIC (based on HEVC), and AVIF (based on AV1) only offer sequential decoding, i.e., the image loads at full detail from top to bottom, and you must wait until it has almost been completely transferred before getting an inkling of the image content.

JPEG XL is particularly effective with image compression at perceptual qualities that range from visually nearly lossless (in a side-by-side comparison), over visually completely lossless (in a flicker test, which is stricter than a side-by-side evaluation), to mathematically lossless. A lot of effort has been mounted to preserve subtle texture and other fine image details. Even though you can take advantage of the codec at lower bitrates, where the degradation becomes obvious, it really shines at the relatively higher bitrates.

In contrast, image formats based on video codecs tend to excel at the very low bitrates: they can produce a nice image in just a few bytes. The image looks good at first but, on closer inspection, often seems weirdly “plasticy,” e.g., skin complexion becomes very smooth as if the compression applied a huge amount of foundation cream, or “distilled” like an oil painting. That’s acceptable for video codecs: you need a low bitrate to keep the file size or bandwidth reasonably low and, since frames are typically only shown for less than 40 milliseconds, the audience usually doesn’t notice such artifacts. For still images, however, a higher quality is often desired.

Illustration: low-bitrate HEIC can smooth out a lot of fine image details

The JPEG XL reference encoder (cjpegxl) produces, by default, a well-compressed image that is indistinguishable from (or, in some cases, identical to) the original. In contrast, other image formats typically have an encoder with which you can select a quality setting, where quality is not really defined perceptually. Consequently, one image might look fine as a quality-60 JPEG while another might still contain annoying artifacts as a quality-90 JPEG. 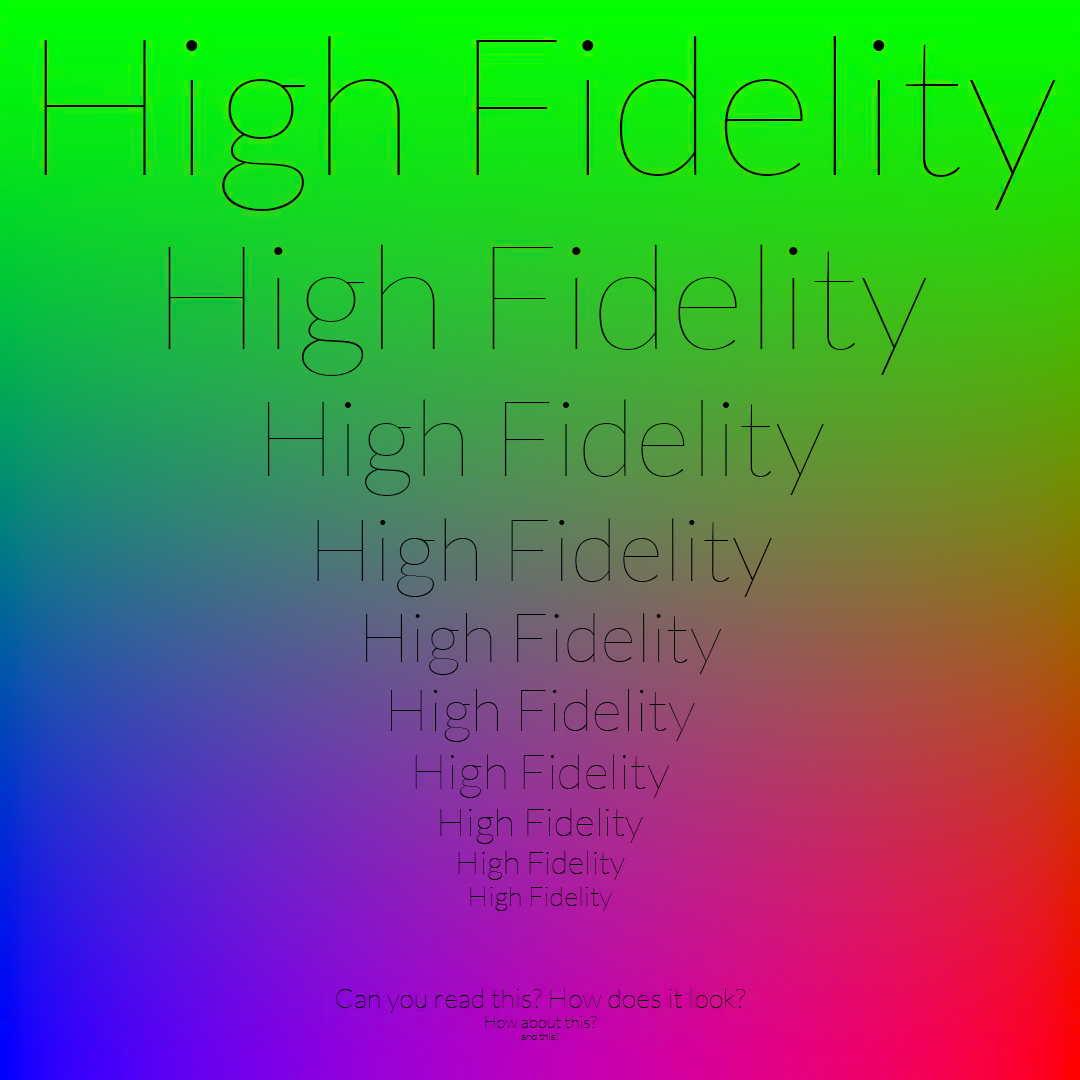 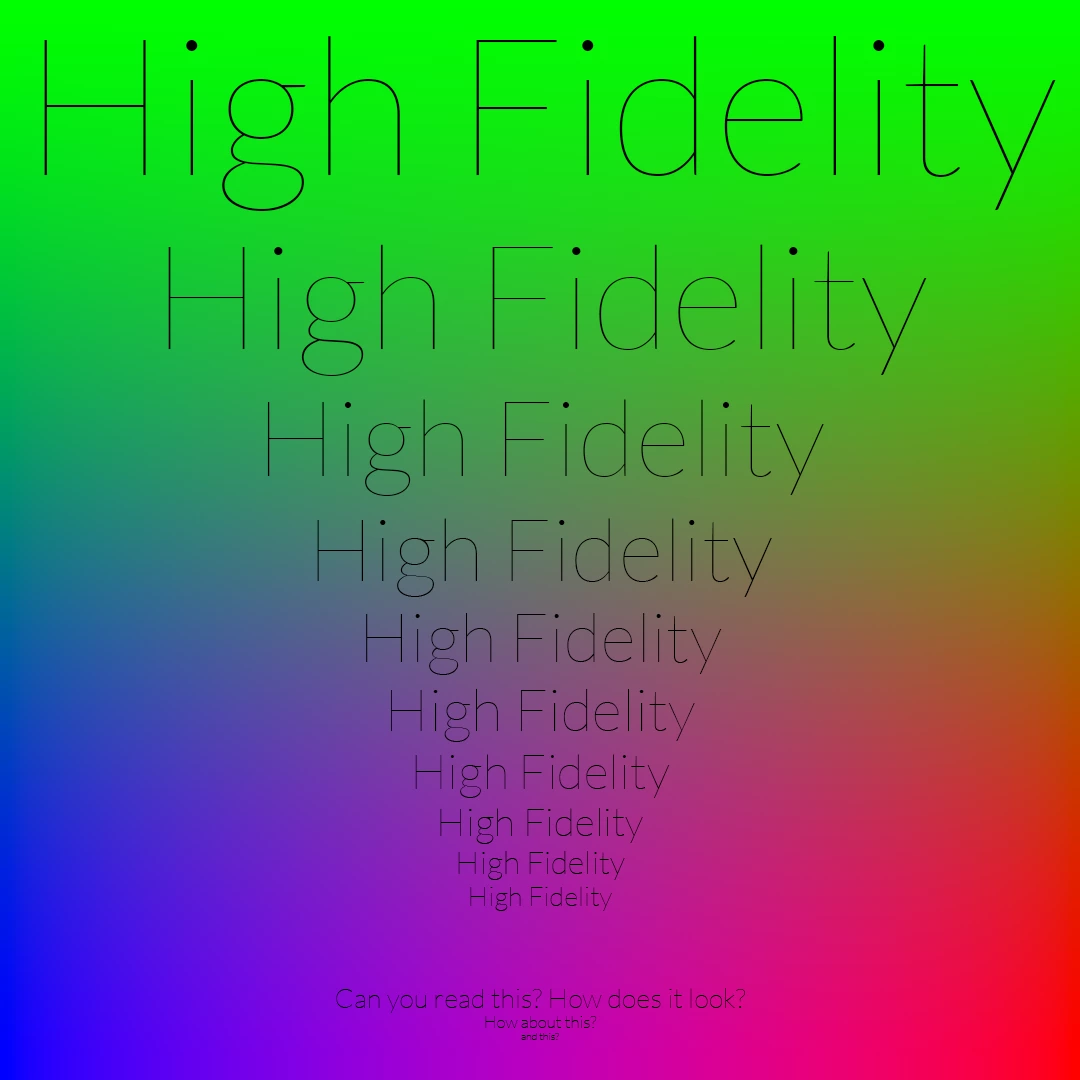 WebP (53 KB): some mild but noticeable color banding along with blurry text 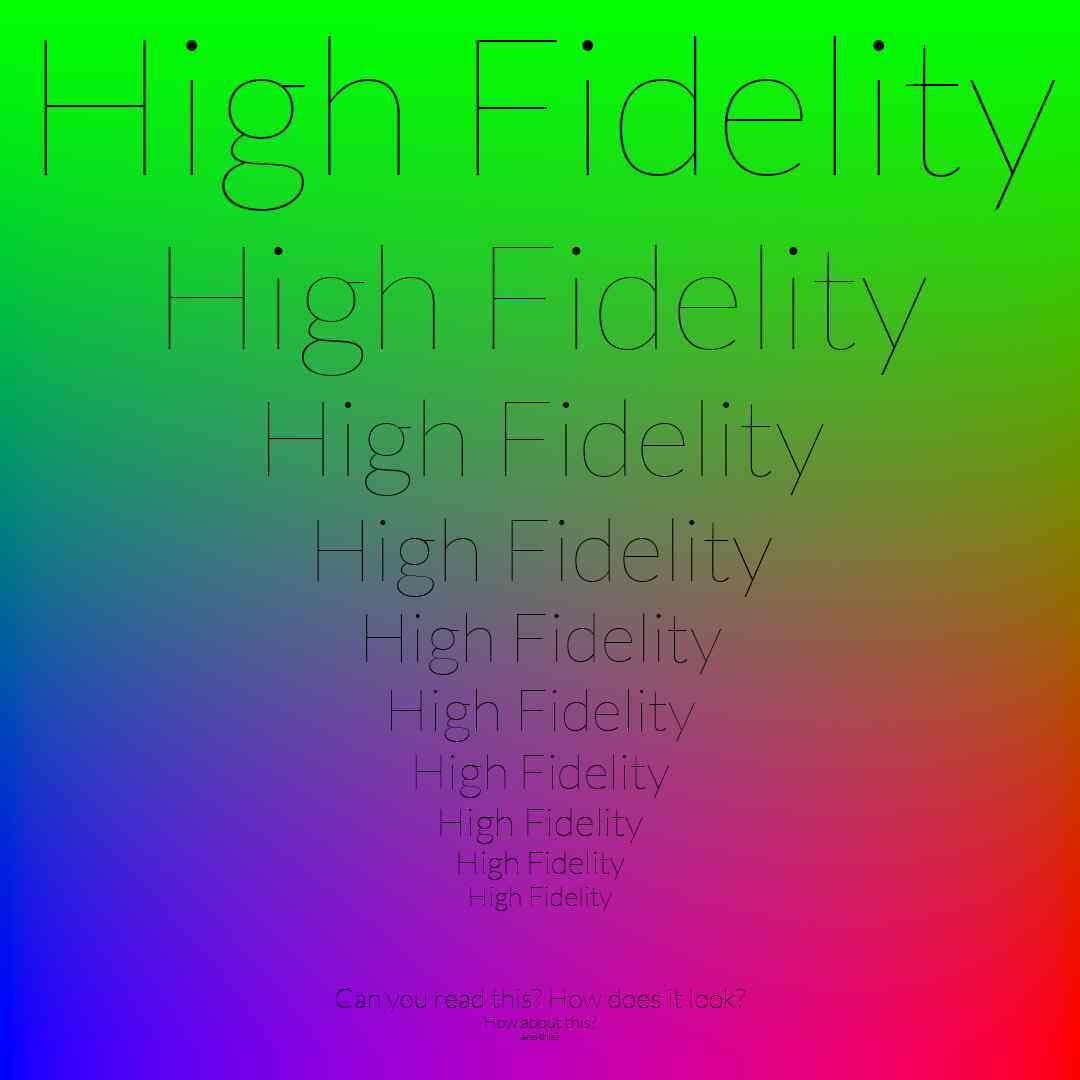 Zooming in a bit, you can see how JPEG XL preserves the text even better than a five-times- larger quality-95 JPEG, which still emits some subtle discrete cosine transform (DCT) noise around the letters. At a similar compression rate, HEIC, WebP, and JPEG look significantly worse than JPEG XL for this image.

Internally, JPEG XL leverages a novel, perceptually-motivated color space called XYB. Most other codecs still use the YCbCr color space, usually with chroma subsampling. YCbCr, which is rooted in analog color television, is a relatively crude and somewhat dated attempt at modeling human color perception. Part of YCbCr’s problem is lack of precision, especially in the dark colors and in the blues and reds. That’s why dark video scenes are often a terrible blocky mess.

Thanks to its more accurate color handling, JPEG XL is better at avoiding color-banding issues—even in those difficult darks.

Apropos of workflows, you can leverage JPEG XL not only as a web-delivery format, but also as a local storage and an exchange format for authoring workflows, for which fast and effective lossless compression and high bit depth are important. In terms of functionality and compression, JPEG XL fully supersedes JPEG, PNG, GIF, WebP, and TIFF.

In contrast, video codec-based formats tend to have limitations that do not matter for video but that might impact still images in terms of dimensions, bit depth, number of channels, and types of image content.