Image formats, which are standards for digital images, can be uncompressed, compressed, raster based, or vector based. You determine the DNA of your images with the formats you adopt, each of which offering different capabilities. For example, rasters generate images with pixels; vectors, with vectors or proportional formulas. PNGs can display logos without background; JPEGs always come with backgrounds. This article explains the main properties of the various image formats, including their basic concepts and pros and cons.

By carefully selecting your image format, you can optimize performance, ensure compatibility with user devices, optimization for storage, compliance with delivery requirements, and optimum image quality.

This article covers the following topics:

Raster and vector are the two primary distinctions of image formats .

Rasters, which are collections of blocks or pixels that form an image, have defined resolutions, depending on the number of pixels. If Raster images are stretched beyond the dimensions supported by their resolution, they lose quality and clarity because of insufficient pixels to naturally fill the dimension.

Even though image formats abound, those described in this article are the most common ones. The graphic below shows the formats in the raster and vector categories in order of popularity—formats that are typically widely supported or that offer capabilities not available in other formats.

You can create still images or animations with Graphics Interchange Format (GIF) images. As a rule, you generate only short animations with GIFs since their still-image quality lags behind the other alternatives.

The Joint Photographic Experts Group (JPEG) format is probably the most well-known. JPEGs come in two types: progressive and nonprogressive (or normal). Nonprogressive JPEGs were developed first. When rendered, nonprogressive JPEGs load from top to bottom, meaning that, on slow connections, you see only part of the image until loading is complete.

Progressive JPEGs, the newer version, deliver a better user experience when rendered because they start by loading the whole image at a lower resolution. As loading proceeds, the image becomes sharper.

The advent of image and web technologies have led to the development of new or next-generation formats, which typically deliver better quality and compression than the traditional ones, resulting in lower bandwidth requirements and faster loading. Examples are WebP and JPEG 2000.

Another major factor that influences the adoption of next-generation formats is Google’s preferential treatment of sites that use them. According to Google Lighthouse benchmarks, which is part of the search-ranking algorithm, sites with older-format images are assigned lower scores.

WebP is a Google-created format that preserves image quality with a higher compression rate. Both lossy and lossless compressions work in WebPs, displaying well in most modern browsers.

Additionally, a few special traits of animated WebPs trump the capabilities of GIFs, as follows:

WebP animations lag behind GIFs, which are almost universally supported, but that’s by far not true for WebP. Adding WebP support to browsers requires additional libraries and decoders. That means more code in the browser and a greater risk of security attacks.

JPEG 2000 is an updated version of JPEG with enhanced techniques for lossless compression. You can adopt JPEG 2000 for both images and videos.

For more details, see the article The Great JPEG 2000 Debate: Analyzing the Pros and Cons to Widespread Adoption.

A few other formats are available and worth considering for your images.

The AV1 Image File Format (AVIF) is the image version of the popular video-file format AV1, an open-source format that serves as an alternative of the proprietary High Efficiency Video Coding (HEVC) format. Compatible with high-dynamic-range imaging (HDR), AVIF supports highly efficient lossy and lossless compressions, resulting in files that are up to 10 times smaller than JPEGs.

AVIF supports up to 10 bits of color depth and monochrome channels, viable for both images and videos. A downside is that AVIF is not widely supported. Currently, it works or will soon work on Chrome and Firefox browsers.

Cloudinary supports the AVIF format, which means all you need to do is add f_avif to your URL. If your URL already contains f_auto, you’re all set—no need for other edits. However, to leverage Cloudinary and AVIF with f_auto, contact Customer Support to enable it.

JPEG XL, a format in development, is targeted to deliver significantly higher compression efficiency over JPEG. Based on the Free Lossy Image Format (FUIF) and Pik format. JPEG XL aims at enabling files to be up to one third the size of traditional JPEGs.

JPEG XL is scheduled to become an international standard in 2021, after which lossless conversion of TIFFs, GIFs, PNGs, and JPEGs to JPEG XL will become a reality.

Cloudinary is a cloud-based service for managing images and videos that offers a generous free-forever subscription plan. With Cloudinary, you can upload images, apply built-in effects, filters, and transformations, and deliver the images to users. Among the transformations Cloudinary offers is automatic image-format conversion.

You can convert images to any image format and even automate the selection of the best format for each user with only one line of code in Cloudinary. To do that, either modify the image URL (once the image is hosted on Cloudinary) or leverage the platform’s convenient SDKs, which serve all popular programming languages.

Below we describe how to automate image conversion with Cloudinary. See the Cloudinary Cookbook for more details.

To simplify format selection, Cloudinary offers you a way in which you can automate image delivery in the best format to your users based on their device specifications. All you need to do is set the fetch_format parameter, defined as auto, which selects the appropriate format.

Once the format is set, Cloudinary delivers images as follows:

For example, the URL below delivers the preferred next-generation format according to the browser. If that format does not display in the browser, Cloudinary delivers a PNG image.

Cloudinary also offers ways for converting the format of your images through the format parameter or with a tweak of the image’s file extension—either dynamically or during upload. Currently, Cloudinary supports all standard formats and the next-generation formats WebP, JPEG XR, and Windows Media Photo (WDP).

For example, the following URL delivers an image in its original format, which is JPEG: 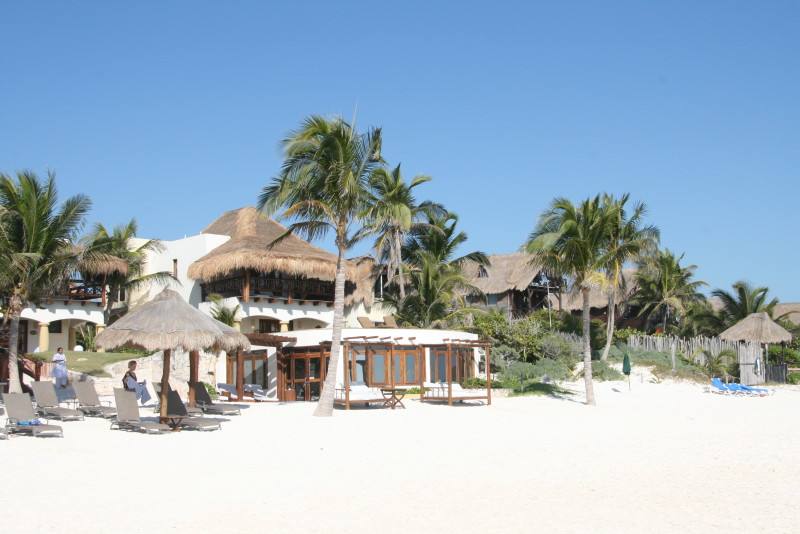 To replace the format with the file-extension approach, edit the URL to the one below. Cloudinary then uploads the image as a GIF.

You can combine altered formats with other transformations. For example, to create transparency for sidebar images, edit the URL to read like this:

You can also control your image’s quality in combination with other changes through the quality (q in URLs) parameter, as in this example: 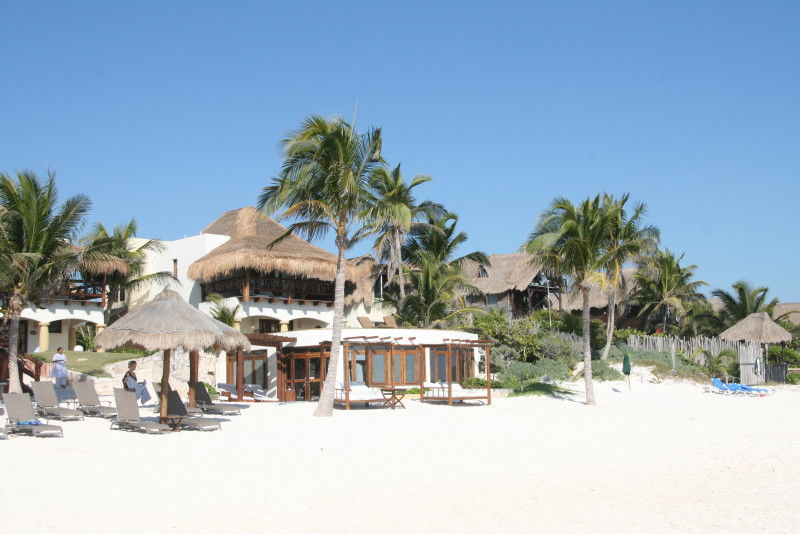 When f_auto is used together with automatic quality (q_auto), the PNG format may be selected when the automatic quality algorithm decides that it better fits the specific image. This allows delivering better looking and economical image files.

The Cloudinary site contains many informative articles on image formats. Below are a few examples.

The Great JPEG 2000 Debate: Analyzing the Pros and Cons to Widespread Adoption

The many image formats available can obliviate less popular ones. Hence, formats that are not well supported or that offer no significant advantages over others are seldom adopted.

Even though JPEG is not top ranked, it remains viable. The article The Great JPEG 2000 Debate: Analyzing the Pros and Cons to Widespread Adoption describes the JPEG 2000 format, its features, limitations, and differences from other formats.

When loading images, you want to balance between quality and performance. With progressive decoding techniques, you can ensure that users aren’t stuck waiting for images that are only half visible.

Animated WebP: How to Convert Animated GIF to WebP and Save up to 90% Bandwidth

Short, animated GIF images are becoming a standard for catching attention and spiffing up websites. Nonetheless, the format has disadvantages, and many site owners are considering a switch to WebP.

The article Animated WebP: How to Convert Animated GIF to WebP and Save up to 90% Bandwidth shows you how to convert GIFs to WebPs, resize and crop GIFs, and deliver animated WebPs through automation.

JPEG Image Optimization Without Compromising Quality With JPEGmini and Cloudinary

JPEGmini is an online service that downsizes JPEGs with no quality loss. With both Cloudinary and JPEGmini, you can optimize images and boost site performance.

WebP offers significant advantages over traditional formats. Cloudinary enables you to serve that format whenever feasible.

The article Check for WebP Browser Support to Dynamically Deliver Images elaborates on WebP’s benefits, the tradeoffs of size and quality, the procedures for checking for browser support, for adopting WebP for semitransparent and lossless images, and for dynamically generating WebP images.

The WebP Image Format for Android on Websites Or Native Apps

The article Adopting the WebP Image Format for Android on Websites Or Native Apps talks about the benefits of WebP for Android and steps you through the process of using WebP in mobile apps and converting and transforming WebP images with Cloudinary.

Even though WebP is replacing GIF on many sites, GIF is compatible with all browsers whereas WebP is not.

The article Optimizing Animated GIFs With Lossy Compression shows you how to optimize GIFs to make their performance comparable to WebPs’ and to apply lossy compression. Also described are the caveats of converting GIFs to WebPs and Cloudinary’s options for transforming GIFs.

We have authored in-depth guides on three topics that relate to performance testing.

Images and videos take up most of the page-load time on most websites. To make your website load faster and improve user experience and engagement, be sure to reduce the file size of images without hurting quality.

See these top articles in our Image Optimization Guide:

Learn how to optimize video content for higher performance and improved user experience, by using the latest compression and streaming technology, and automatically adjusting videos to user requirements.

Learn how to build websites and web applications with rich content including videos and images, which also perform well and satisfy users.