Before we start - We will make use of the following image during this tutorial, and therefore, it should be uploaded to Cloudinary in advance.
We've set its public ID to triangle - 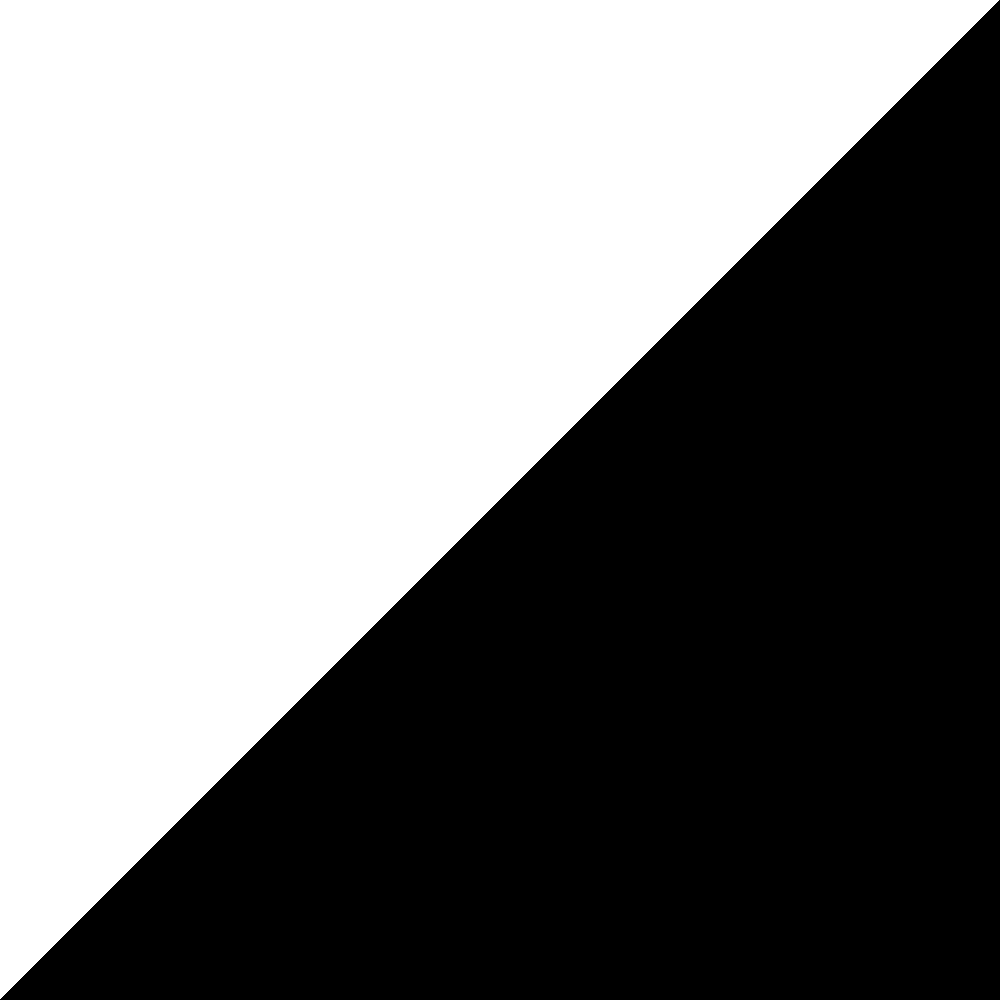 Let's begin! As a first step, we'll define some variables that we will use multiple times throughout the transformation (You can find more information about using variables here). The first one is the bevel width we'd like to apply, which we named bw, and assign it a value of 20px. In addition, we have set the img variable to be the public ID of the image we're manipulating (the base image - current:public_id) - $img_current:public_id,$bw_20. In this step, we've initialized the variables and prepared the grounds for the transformation, and it has no apparent effect on the image.

Next, we'll create the four bevels - one for each of the image edges. Each bevel is essentially made of a crop of the relevant edge of the image, with the width of bw, and the length of the edge. In addition, we'll colorize the bevel in order to give it a sense of 3D depth. Additional details regarding the colorize effect can be found here.

Let's start with the top edge and the bottom one.

The top bevel is placed on the north side of the image (g_north) and we have colorized it to white, with a color strength of 30 - l_$img,c_crop,w_w,h_$bw,g_north,e_colorize:30,co_white/fl_layer_apply,g_north

A few words about the above transformation -

The bottom bevel is placed on the south side of the image (g_south) and we have colorized it to black, with a strength of 50 - l_$img,c_crop,w_w,h_$bw,g_south,e_colorize:50,co_black/fl_layer_apply,g_south

Since both the left and the right bevels are created in the same manner, we'll focus on the left bevel. Let's begin by adding the bevel, the same way it is done in the top and bottom bevels - l_$img,c_crop,h_h,w_$bw,g_west,e_colorize:15,co_white/fl_layer_apply,g_west

The cut-out effect, which we'll use next, is given a template image, and it trims the underlying layer wherever opaque pixels of the template are present (you can read more about the effect here). We'll make use of the cut-out effect, with the help of the triangle image as a template, in order to diagonally trim the top part of the layer. We'll do this by nesting a layer inside of the left bevel layer - l_$img,c_crop,h_h,w_$bw,g_west,e_colorize:15,co_white/l_triangle,w_$bw,a_-90/e_cut_out,fl_layer_apply,g_north_west/fl_layer_apply,g_west

Notice, that we rotated the triangle image (a_-90) in order to cut out the desired part of the layer.
Below is a zoom of the top left corner, which demonstrates the effect of the above two steps - 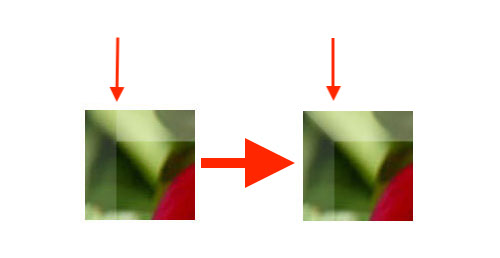 The right bevel is created in the same manner as the left one, with the bevel being added to the right edge, and trimmed with the cut-out effect at the top and the bottom -

Done! We now have the bevel effect applied. You can finetune it as you'd like -